If you have heard or worked with Amazon Website Service or AWS, then you must have come across the terms like Dedicated Host and Dedicated Instance. The idea of Dedicated Instances was launched by AWS to let organizations launch the EC2 instances on their dedicated infrastructure. The company using AWS service now had a choice between getting a Dedicated Instance over the dedicated hosting. 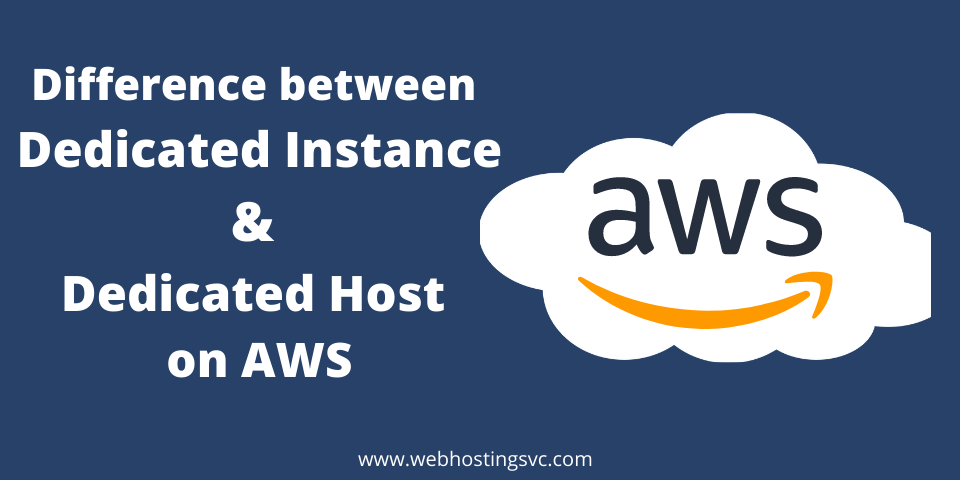 Here many questions arose about both terms and lead many companies and AWS users in the confusion. Till now many people may also get confused over Dedicated hosting and dedicated instance when they think of availing the AWS services for their web and business setup.

Therefore, we came up with experts that know the basic difference and usage of both Dedicated hosting and the dedicated instance in AWS EC2. After understanding all about these terms, we are able to provide you with this guide to that you can understand them too in the easiest words possible. Thus, this article will help you understand which one of the following dedicated hosting and dedicated instance you need for your business and how they can help you grow and work efficiently throughout the years.

What exactly is AWS EC2?

To understand the concept of dedicated instance and dedicated hosting, it is important to know a few important things about EC2 in AWS. Amazon EC2 stands for Amazon’s Elastic Compute Cloud which is an instance that works as a virtual server for running applications over the AWS infrastructure. 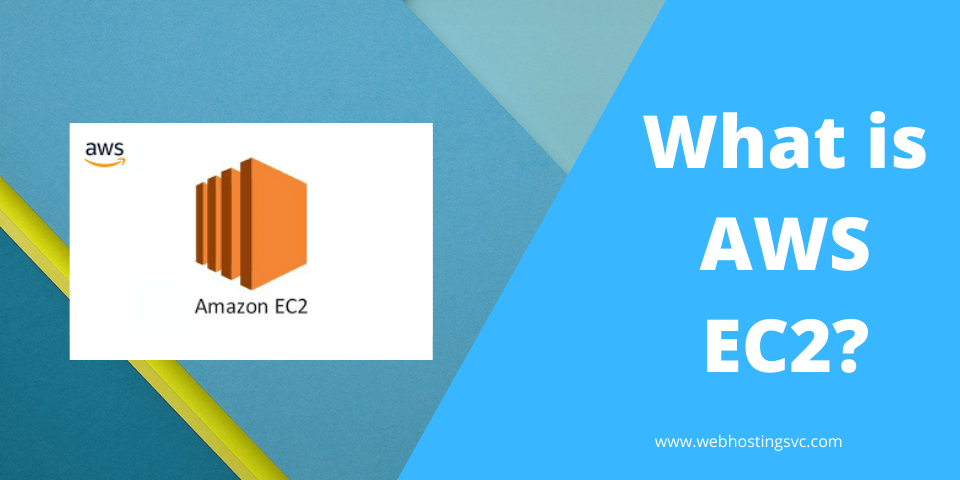 The main idea was to provide many instance types for the client or the user to choose from that further optimize and fit the instance to the different users’ AWS services demands and requirements. These instances have their own different combination of CPU, Storage, Memory, and even networking limit and capacity. This concept helped many users to mix and match the feature and the resources to make a unique instance that fits perfectly to their requirements. Therefore, each instance has a unique purpose and size to work efficiently and upscale the resources to meet the targeted workload provided by the user.

Now let us talk about how these instances are created. Amazon uses its services called AMI or Amazon Machine Image, which you can say templates in simple language. Now, these templates help in the configuration of the environment that the user really wants. This configuration process includes the operating system and many other software by Amazon.

Once the AMI is ready and provided by the AWS as instances, the user selects what sets perfectly up to the need of the business. AMI has already made so many instances that they are available through the AWS Marketplace or if required, user can have their personalized AMI as well.

Once the instance is used and released or freed by the user, all the resources are released for others to use. Thus, the issue was all related to compliance and performance resources therefore AWS introduced the concept of Dedicated Hosting and Dedicated Instance.

What are Dedicated Hosts

Honestly, the AWS official document really does not give us sufficient and real differences. But there are many technical aspects and differences between both Dedicated Hosts and Dedicated Instances. 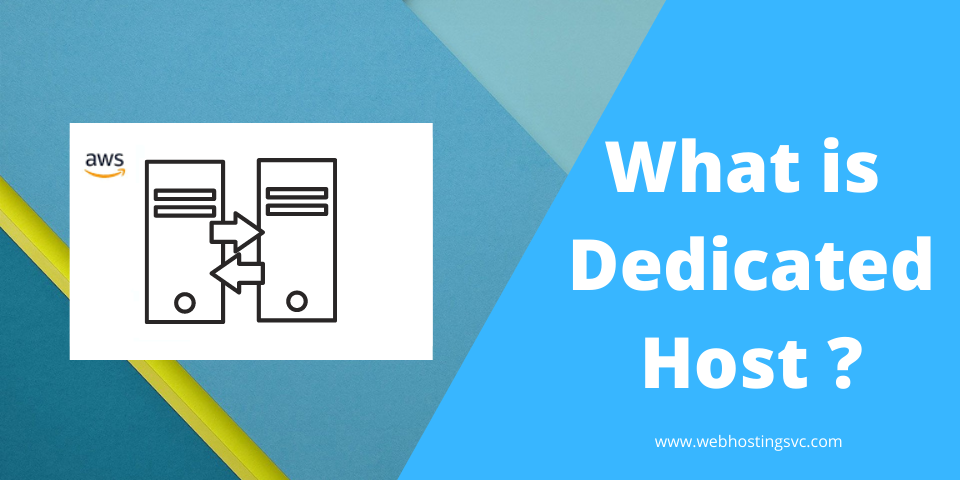 Well, the Dedicated Instance and Dedicated host are both deployed over the physical server. The Dedicated Host allows you to select and create instance, deploy them over servers but the catch is that no other user can use these resources. The Dedicated Host gives you visibility over the physical host that asks you to bring YOUR OWN License model called BYOL. The purpose of having the BYOL is that you will have your own Server, SUSE, SQL, and database Server, RHEL licenses over the CPU, and server dedicated to you. 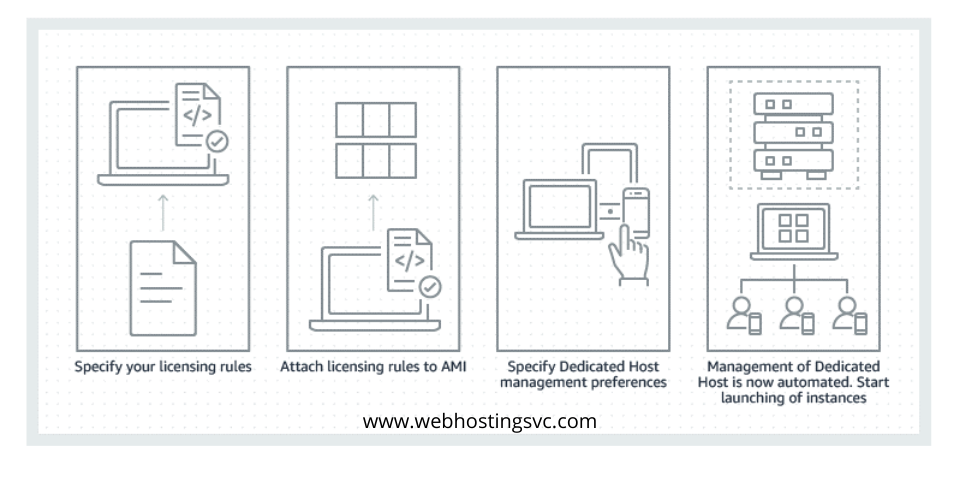 Since you have the license of visibility then the Dedicated Hosts give you the same compliance as given in the dedicated Instances. Another benefit is having a dedicated Host is that you get increased and optimized performance especially when networking. Since the instances are over the same physical Host then the network latency can be minimized accordingly. The user with the visibility to the physical hosts allows you to investigate the network and resource system. Thus, you have an AWS console and transparency to look into the servers to reserve your service requirements.

What is Dedicated Instance

You can create dedicated instances over the physical server or can use the ones already available and made through the AMI provided by AWS.

There is no visible or documented difference in both Dedicated Host and Dedicated Instance. But you can say that the Dedicated host has the same process as the dedicated instance, but it is more beneficial since you are in more control over the choices and the physical server due to visibility.

Pricing packages for Dedicated Instance and Dedicated Host are available over the AWS hourly as well. If you are interested in knowing more about the price head over to the Amazon EC2 Dedicated Hosts Pricing Page.

The dedicated Host is perfect for enterprise companies and users that need more than one instance over the physical server with an opportunity of visibility of the server as well. The dedicated Instance is the perfect choice for those who have just a few to one instance required.

We will recommend using the Dedicated Host if you want more visibility over the physical server and host, especially with the BYOL. If you need your application to have minimal latency between the instances, then a Dedicated host is also perfect for that as well. Dedicated Instances are only perfect if you are more concerned about compliance than having a regulation system.