VPS and VPN appear similar but have nothing major in common. Both are different terminologies with distinctive meanings. However, some people might confuse the two; hence it is essential to differentiate significant aspects. 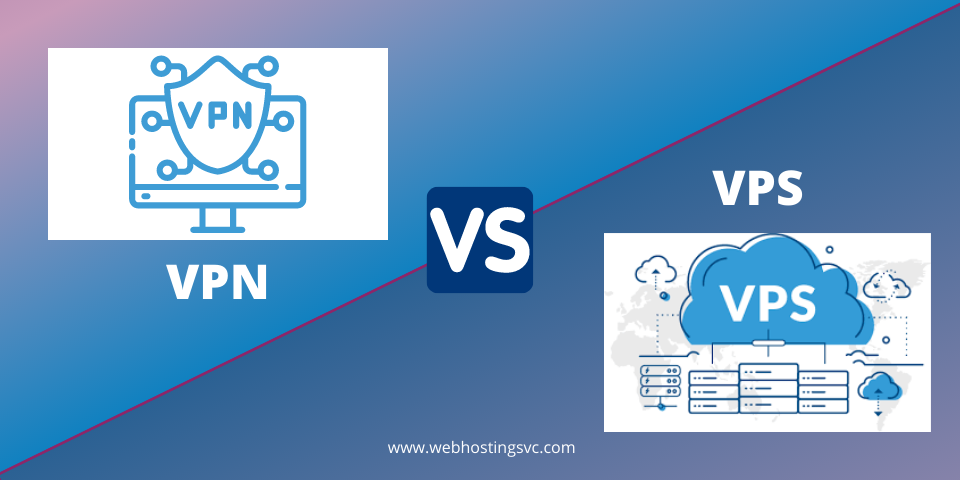 The article compares both services in terms of their basic introduction, extensive use, and advantages and disadvantages.

Let us get started!

VPS VS VPN: An Overview

Virtual private servers, or VPSs, are a type of web hosting service that offers modern features. Virtual Private Servers are famous for their unique approach, where a single physical server is split into several separate ones. Each user has complete control over a single one with no interference from others. 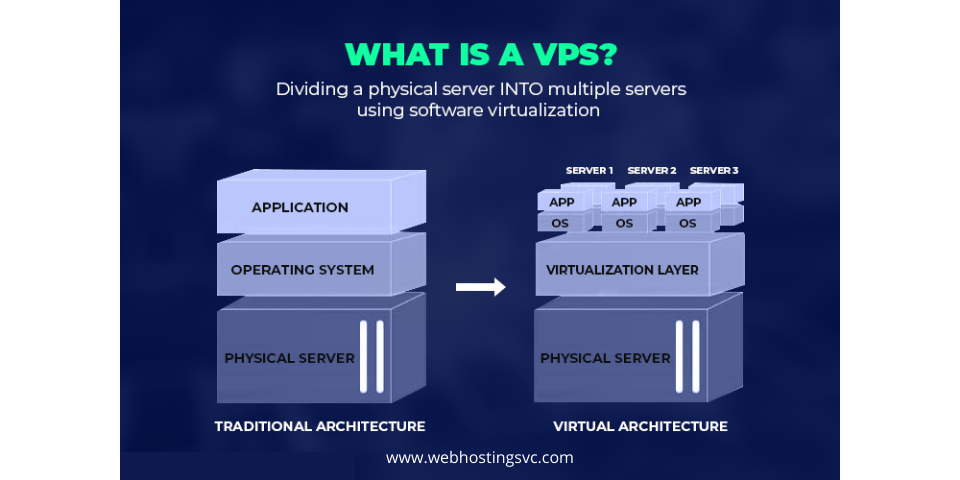 It simply means that one is not complying to share the storage space of their server with other users, as is the case with shared hosting. Moreover, you can also install different software and operating systems independently without consulting the service provider or other subscribers of the service.

VPN, a virtual private network, is a powerful tool capable of disguising your IP address and encrypting the browsing data to hide your real identity and browsing habits from ISPs, websites that gather such data from cookies, and information collecting companies, i.e., data brokers. 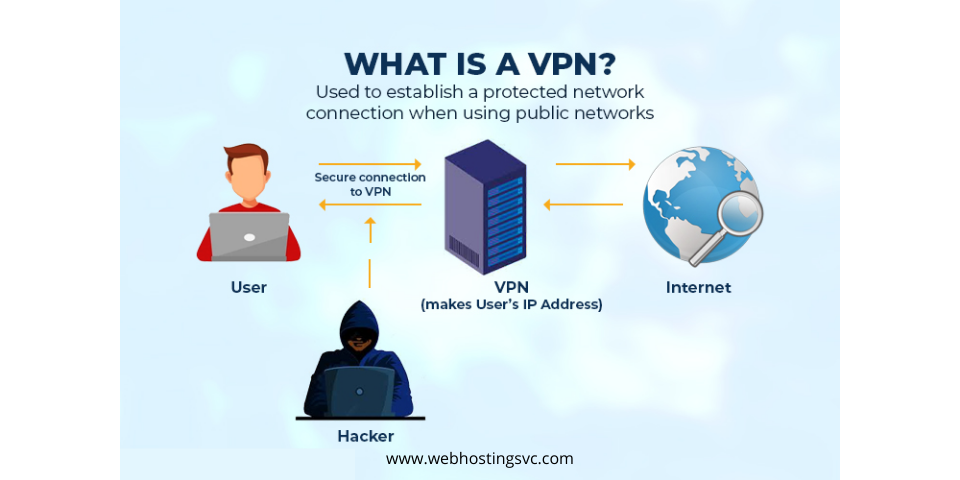 This technology works on a simple principle: the internet flows from the original server to the servers these virtual private network providers specify.

VPS VS VPN: When to use?

Since you have basic information about both technologies, let’s dig deeper to know the instances where both can come in handy.

Almost all websites use VPS hosting in cases where websites outreach the resources of shared hosting plans. They now require a higher-level alternative that can scale up to its requirements. Most users could not afford dedicated hosting services and eventually go for VPS, a midway solution available at affordable rates compared to fully managed hosting. However, there are a few sub-cases where VPS will prove extremely helpful. Let’s have a look at them:

Now, VPN serves chiefly to prevent browsing history from being subject to unauthorized services or to access websites or services censored or limited by the user’s country. The below points will further clear your thought process on when using a VPN becomes essential.

I hope you understand how both technologies are different, hence the other usage criteria.

Let’s have a detailed look pros and cons of both VPS and VPN.

VPS VS VPN: Pros and Cons

Here are some beneficial aspects of virtual private servers.

A quickly growing business will need more resources than current to perform efficiently; this is where the scalable feature comes in handy. With VPS, you can always add extra disk storage, random access memory, cores, etc. Moreover, scaling down these resources is also applicable if you think the lesser resources will work fine for your business. Escalating resources according to needs save a lot of money with guaranteed extraordinary performance!

VPS offers perks of dedicated hosting at a price (slightly more) than shared hosting. Exactly! These hosting services allow users to control the server even when shared amongst other users, dividing the overall cost, hence economical rates.

As stated above, VPS gives you absolute control over the server; hence, it protects you from some drawbacks of shared hosting that might lead to a slow loading site that generally affects its progress. It might include a traffic surge at the shared site, a commonly faced issue. VPS can create a separate server space for individual users while keeping them on a similar physical server, indicating that you will face no such issues.

Since VPS gives its users an entire grip of the server, it is easier for them to personalize it without the assistance of the hosting provider. One can conveniently set up as much software as possible, unleash multiple ports, and insert customized attributes in a website operating at the virtual private server.

Let us now look at the drawbacks of using VPS as a hosting web service.

Although VPS services are economical compared with dedicated hosting, they might not suit small-scale businesses. They have to pay a little more bucks to avail of this asset.

A novice user will face many hurdles in maintaining VPS, which might contribute to the need for a technical expert who is extremely expensive to hire.

Following are a few important aspects of connecting to a virtual private network. Have a look!

A virtual private network can disguise your IP address which does not stake your privacy at the hands of hackers and phishers. It often comes in handy when operating on public WiFi, which is more prone to such instances. However, if you have a VPN installed, your private data can never become prey to the public eye.

Not everyone is comfortable sharing their browsing habits as a part of the marketing schemes of the sites they visit. Many internet service providers, online businesses, information broker companies, etc., collect data from the users’ browsing history to further use it for their promotional campaigns. However, suppose you are against this idea or even want general safety from intruders. In that case, VPN is the perfect choice of technology for you.

Many countries ban several websites according to their rules and regulations; hence, users cannot access them. However, VPN can remove these restrictions, and one can easily surf limited or blocked websites that too free of cost.

VPN is straightforward to apply irrespective of the technical knowledge, which was not the case with VPS. However, all one has to do is install a reliable application from the play store, launch it and connect to the custom server of any country in a single click. It is now ready to provide a hassle-free browsing experience!

VPN might possess a few disadvantages; the major ones are listed here.

A slow browsing speed is a case with almost all VPNs because of how they work, i.e., rerouting and encrypting the internet to a private server. Although some highly advanced VPN providers might not slow down the site too much, a tiny speed drop is always present.

Although most countries are not bothered if citizens are using any way out to use their censored sites, some governments like North Korea strictly prohibit using such technology. The user might be subject to a hefty penalty if guilty. However, countries like China allow restricted use of VPNs, i.e., only the ones that the official cyber department has approved.

If not configured correctly, VPN is not a perfect way to secure the data. In such a case, the DNS or IP address of the user can get leaked, posing a massive threat to digital security.

This comparison of VPS VS VPN was not an average correlation where different providers of similar services are differentiated based on the quality of the attributes. The comparison was between two different technologies, often confused due to their similar acronyms.

VPS is a private server to host a digital site. At the same time, VPN is an IP address disguiser to protect private data and surpass blocked content on the internet. The only similar aspect of both services is their virtualized mechanism of action. However, a web host can put both in action simultaneously; VPS for maintaining high traffic load and VPN to protect any private information relevant to the site running over the internet.

At the end of this article, I hope that you are highly informed about the unique approach of both VPS and VPN and how both can benefit virtual world users with their specific serving purposes.